Lavery, host of a business lunch for Bavarian and Quebec businesses

Lavery is pleased to have hosted, on October 23, a networking activity that was part of a business lunch organized by Quebec Manufacturers & Exporters (QME) and the State of Bavaria Quebec Office. This successful event drew some 70 people, including more than 50 business representatives from the Free State of Bavaria in Germany and the province of Quebec.

Ms. Édith Jacques, partner at Lavery and Vice-Chairperson of the Board of Directors of QME board of directors, and Mr. Michael Gotschlich from the Department of Economy of Bavaria greeted the participants with a word of welcome. Mr. Frédéric Arsenault from the State of Bavaria Quebec Office and Mr. Simon Prévost from QME presented respectively the Bavarian and Quebec businesses. The presentations were followed by a networking activity.

This event enabled the Bavarian delegation to know more about Plan Nord and the business opportunities related to this project, particularly in the areas of construction, infrastructure as well as energy and environmental technology. 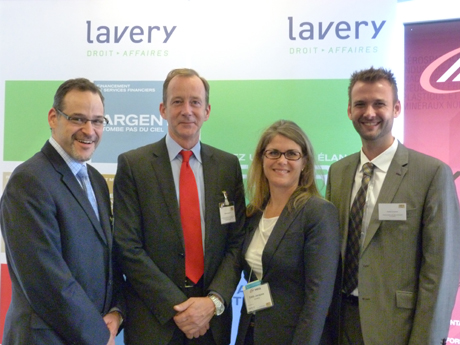