Don McCarty, Managing Partner at Lavery, panelist at a luncheon organized by the Québec Branch of the Canadian Bar Association 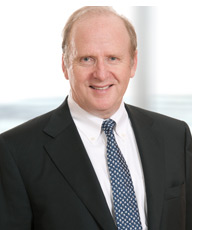 Mr. Don McCarty, Lavery’s Managing Partner, was a guest panelist at a luncheon organized by the Québec Branch of the Canadian Bar Association (ABC-Québec) that was held in Montreal on February 27, 2014 under the theme “Pitfalls that await the in-house counsel with respect to conflicts of interest and the duty of loyalty (and how to avoid them!)”.

During the luncheon, guest panelists discussed, among other things, the duties of the in-house counsel and the management of the sometimes conflicting loyalties that affect their practice. The panelists also responded to numerous questions from the attendees on similar topics.