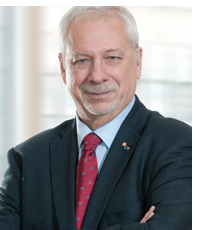 Mr. Pierre Marc Johnson, G.O.Q., FRSC, counsel at Lavery and former Premier of Quebec, was the first guest speaker to launch the series Les soupers des dirigeants organized by PwC Canada’s French Desk. The event was held in Montreal on April 1, 2014. These dinner conferences are particularly intended for the senior executives of French corporations with operations in Canada.

During this dinner, Mr. Johnson gave an address on the key issues of the Canada-European Union Comprehensive Economic and Trade Agreement. Mr. Johnson acts as chief negotiator for the Government of Quebec with regards to this international agreement.