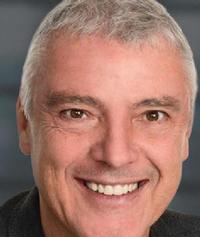 It was with great sadness that Lavery de Billy recently learned of the death of its partner Louis Rochette.

“Louis Rochette, who worked for our firm since 1995 was a vital force in Québec City’s business community. His skills, passion and vast knowledge of the law which he shared with all members of the firm, especially the junior lawyers, was appreciated by all. We have lost not only a partner but a friend”, said Daniel Bouchard, managing partner of Lavery’s Québec City office.

Mr. Rochette practiced primarily in the areas of business law, life sciences and health establishments, focussing on financing, corporate and contractual transactions, high technology, intellectual property and the marketing of university research results. He represented large financial institutions and many public and private companies in both Montréal and Québec City.

Mr. Rochette was listed since 2012 in The Best Lawyers in Canada as a leading practitioner in the field of health care law. Since 2008, he also served as Belgium’s Honorary Consul in Québec City and was managing partner of the Québec City office from 2004 to 2012.

His commitment to Québec’s business milieu and his active involvement in cultural and charitable organizations was recognized by his peers.

He held the following Board positions:

“Other than his professional duties, he was first and foremost a man devoted to his family. His wife, four children and grandson meant everything to him. He was also a sincere and faithful colleague who developed strong and unwavering friendships during his life”, Daniel Bouchard concluded.

Our thoughts are with his family and loved ones, his friends and those who knew him, whether at the firm, in cultural organizations or Québec City’s business community in which he was actively involved.