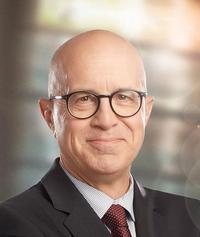 Guy Lavoie, a partner of the Labour and Employment Law group, was elected a Fellow of the College of Labor and Employment Lawyers during a meeting held on June 10 by the governors of this prestigious association. He will be officially inducted on November 11, 2017, in Washington.

This distinction is awarded to Labour lawyers who distinguish themselves through their sustained contributions and performances in this area of practice and meet the highest standards of integrity, professional and excellence.