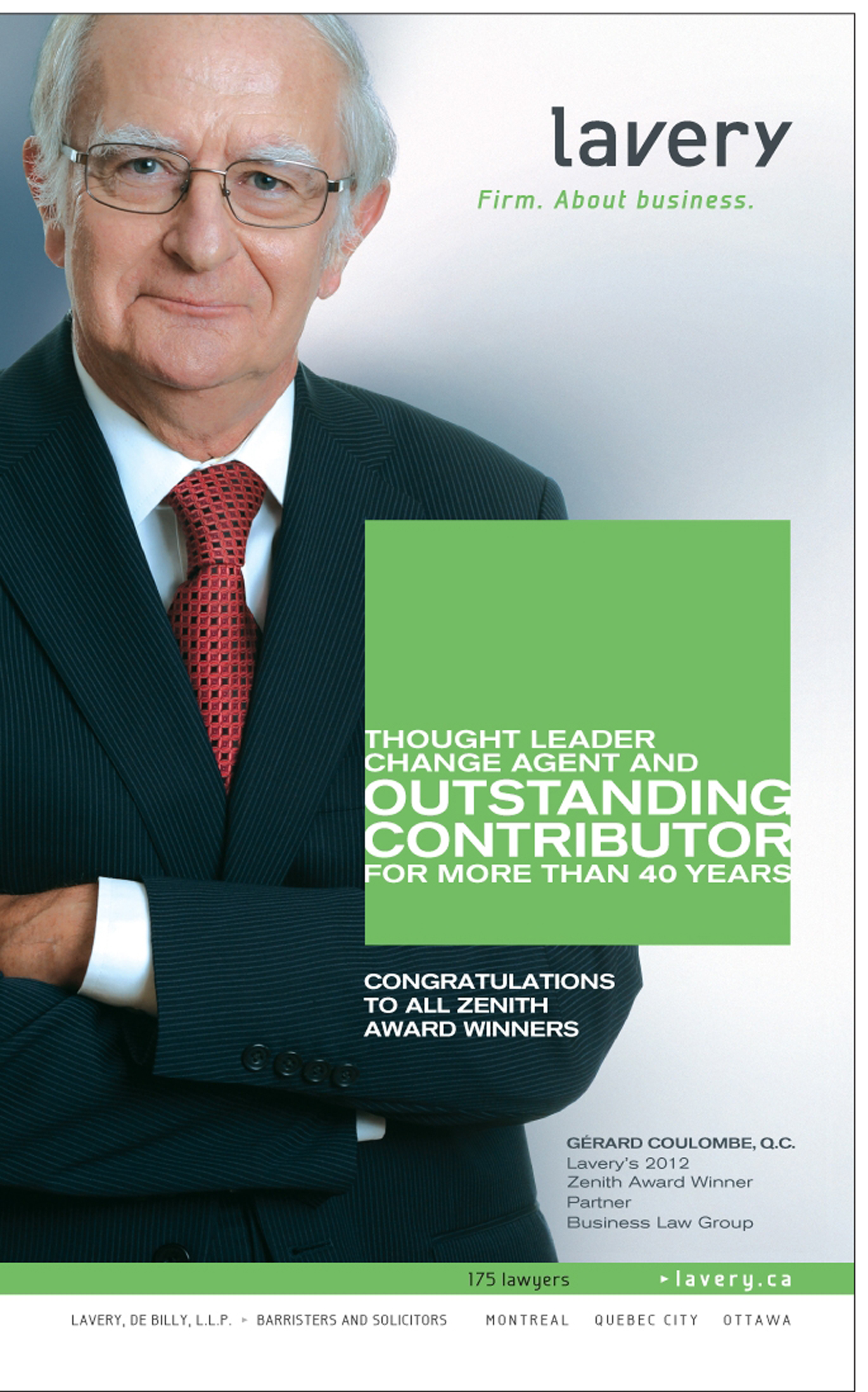 Gérard Coulombe, Q.C., partner at Lavery, was given a Zenith Award on October 11 during a gala event in Toronto. This distinction is awarded by the legal directory Lexpert to recognize annually the work of lawyers who are Canadian leaders in the legal profession. According to Lexpert, Gérard Coulombe distinguished himself as a leading practitioner in business law and tax law. In the latter case, as a special advisor to the Minister of Finance of Canada from 1972 to 1977, Gérard Coulombe had the responsibility to negotiate agreements between Canada and more than 40 countries, with the aim of avoiding double taxation.

This advertisement was published in a special issue of Lexpert devoted to the 2012 Zenith Awards.