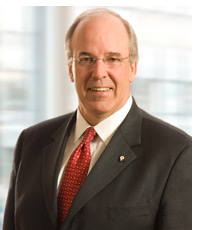 In a recent issue of the magazine Les Affaires, the Marie-Vincent Foundation paid tribute to Jean Saint-Onge, Ad. E., partner at Lavery, for his involvement of more 25 years with this organization, a resource for children aged 12 and younger who have been victims of sexual abuse.

The Foundation pointed out that Mr. Saint-Onge had acted as Chairman of the Board of Directors for a total of 16 years. It also stated that his perseverance and determination for all those years had largely contributed to the growth of the Foundation and the creation of the Centre d’expertise Marie-Vincent.