Lavery in Lexpert’s leading case for 2012 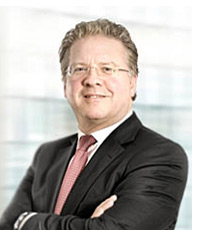 Lavery appears in Lexpert magazine’s case that leads the Top 10 Cases list for 2012: the decision rendered by the Supreme Court of Canada in the matter of a reference  concerning  the  proposed  Canadian Securities Act,  which  aimed  at  creating  a  single securities  regulator  in Canada. In its decision, the Supreme  Court  declared  the  proposed  federal securities  act  unconstitutional.

In this case, a Lavery partner, Raymond Doray, Ad. E., and a former partner of the firm, Mathieu Quenneville, represented the Barreau du Québec. For more information on this case, click here to consult pages 48 and 54 of Lexpert.