The English-speaking section of the Bar of Montreal pays tribute to Vincent O,Donnell Skip site navigation

The English-speaking section of the Bar of Montreal pays tribute to Vincent O,Donnell 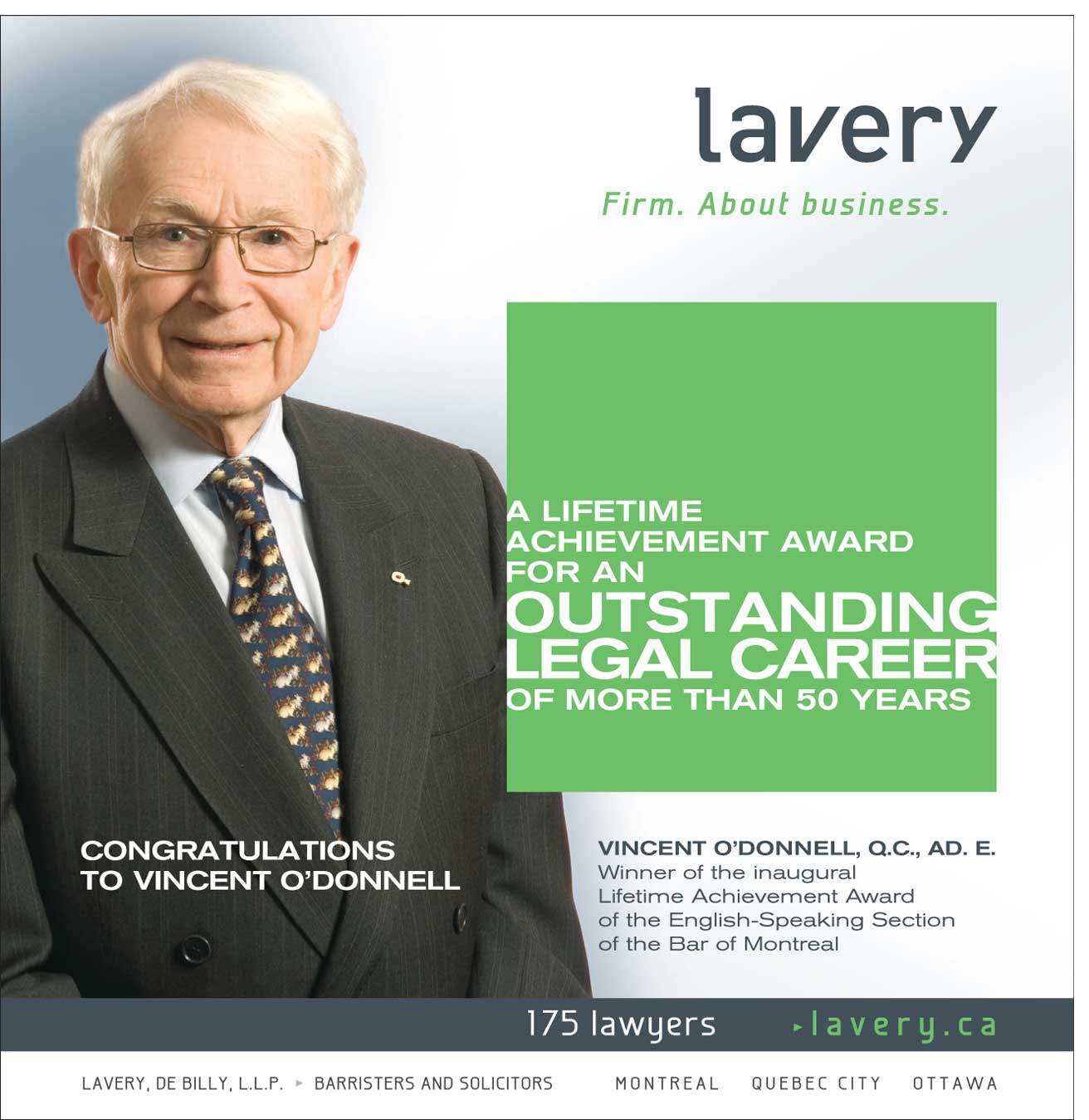 Lavery is pleased to announce that the English-speaking section of the Bar of Montreal today paid tribute to Mr. Vincent O’Donnell, Q.C., Ad. E., a renowned lawyer who practised at the firm for more than 50 years, for his outstanding legal career, by awarding him its first Lifetime Achievement Award.

Mr. O’Donnell joined the firm in 1957, moving quickly through the ranks to become one of Canada’s foremost litigation lawyers. He has appeared before all levels of court in Canada, including at least 12 times before the Supreme Court. He has also argued precedent-setting cases in various areas, such as insurance law, professional liability and class actions.

President of the Bar of Montreal from 1984 to 1985, he was actively involved in many committees of the Quebec Bar and the Canadian Bar Association throughout his career. In addition, Mr. O’Donnell’s reputation extends well beyond national borders. He has been a member of internationally renowned professional associations, including the American College of Trial Lawyers, the International Academy of Trial Lawyers and the International Association of Defense Counsel.

"Lavery is delighted that the English-speaking section of the Bar of Montreal has recognized the remarkable career of a great legal mind. In addition to his invaluable contribution to the development of law, Mr. O’Donnell influenced generations of lawyers with his passion for the law and his sound legal reasoning. As a colleague, mentor, adviser, professor or friend, Vincent O’Donnell imprinted his distinctive mark on our profession and made a profound impression on several people during his long and distinguished career", said Don McCarty, Managing Partner of the firm.