Eugene Czolij re-elected as President of the Ukrainian World Congress 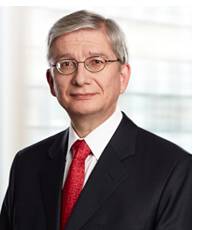 Eugene Czolij, a partner in the Litigation Group at Lavery, was recently re-elected as President of the Ukrainian World Congress (UWC), for another five-year term, at the X UWC Congress held August 20-22, 2013 in Lviv, Ukraine. Over 550 participants from 31 countries attended the X Congress.

The UWC is the international coordinating body for Ukrainian communities in the diaspora representing the interests of over 20 million Ukrainians. The UWC has member organizations in 33 countries and ties with Ukrainians in 14 additional countries. Founded in 1967 as a non-profit corporation, the UWC was recognized in 2003 by the United Nations Economic and Social Council as a non-governmental organization (NGO) with special consultative status.