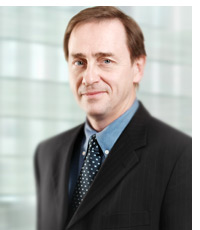 Mr. Denis Michaud, who practised in the area of municipal law at Lavery, de Billy from 2006 to 2014, was appointed member and Vice-President of the Commission municipale du Québec on January 6, 2014.

Mr. Michaud has more than 20 years of expertise in the municipal sector, including as a private practice lawyer and as City Manager and Clerk of the City of Beauharnois. He has taught municipal law and urban law at the Université Laval Faculty of Law as well as environmental law at the Centre universitaire de formation en environnement et développement durable of the Université de Sherbrooke.

The appointment of Mr. Michaud is one of many for Lavery Alumni. For more information, consult the page Lavery Graduates Make Their Mark.