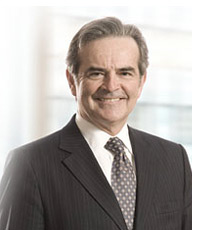 In this article entitled “Le FMI s’en mêle”, Mr. Martel comments the latest report on the Canadian financial sector released by the International Monetary Fund (IMF), which embraces the idea of a “cooperative securities regulator in Canada”. Following this report, Mr. Martel discusses a few important issues, such as the Supreme Court of Canada decision with respect to Canadian securities regulation, securities harmonization between the country’s provinces and the need for co-operation in this area which does not require the creation of a single securities regulator.