Marie-Claude Armstrong, Fellow of the American College of Trial Lawyers 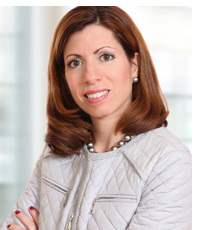 Lavery is pleased to announce that the Honourable Marie-Claude Armstrong, a former Litigation partner at the firm who was appointed as a Judge to the Superior Court of Québec on April 10, 2014, was named a Fellow of the prestigious American College of Trial Lawyers (ACTL) during an induction ceremony that was held on April 22, 2014.

The ceremony was chaired by the ACTL president, Mr. Robert L. Byman. It included Mr. Jeffrey S. Leon, a member of the ACTL Board of Regents, Mr. Sylvain Lussier, representative for Quebec, and other ACTL members, such as Mr. Michel Robert, former Chief Justice of Quebec, the Honourable Michel Yergeau, judge of the Superior Court of Québec, as well as Ms. Suzanne-Hélène Pringle, Ms. Suzanne Côté and Ms. Marie-Josée Hogue.

Founded in 1950, the American College of Trial Lawyers comprises the best trial lawyers from the United States and Canada. The ACTL is dedicated to maintaining and improving the standards of trial practice, the administration of justice and the ethics of the profession.