Death of the Honourable Anthime Bergeron 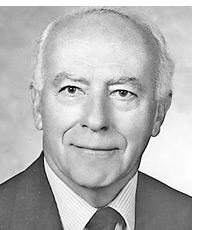 On June 11, we were sorry to learn of the death of the Honourable Anthime Bergeron, retired Justice of the Superior Court of Québec and former member of Lavery. He was the comrade-in-arms of Louis-Philippe de Grandpré, Vincent O'Donnell, and Claude Lavery.

Me Bergeron had an impressive legal career. Called to the Barreau du Québec in 1948, he was recruited by Jean de Grandpré in 1955, when he joined the firm of Tansey, de Grandpré & de Grandpré. A few years later, this firm become Lavery, Johnston, Chauvin, O'Donnell, Clark, Carrière, Mason & Associates and, in 1979, it merged with another Montréal law firm to become Lavery, O' Brien. Me Bergeron practiced at this firm until he was appointed to the bench of the Superior Court of Québec in 1973, a seat he held until his retirement in 1999.

During his practice, Me Bergeron built a strong reputation in insurance law and argued on several occasions before the Supreme Court. As partner, he was also responsible for recruiting lawyers. Me Bergeron always believed that the recruiting and training of lawyers was a top priority, and his avant-garde approach ensured that the firm recruited the best talent. This attitude, which still guides us today, has helped build the firm’s reputation for integrity, respect, commitment, and excellence.

On behalf of the entire Lavery team, we offer our sincere condolences to Me Bergeron’s friends and family.