On June 16, Quebec’s 2013 Prix de la justice was awarded to Ms. Hélène (Sioui) Trudel during a ceremony in the National Assembly’s Red Room in the presence of Stéphanie Vallée, Quebec Minister of Justice, Nicole Duval-Hesler, Chief Justice of Quebec, and former honorees, including Mr. Jean Saint-Onge, a Lavery partner who received the award in 2007.

Throughout her career, Ms. Trudel, a criminologist and lawyer by training, has prioritized the recognition and protection of human rights, promoting access to equality and social justice. The youngest daughter of a Wendat mother and a Québécois father, she has been influenced by the Aboriginal concept of restorative justice.

This award is Quebec's highest honourary distinction in the field of law. 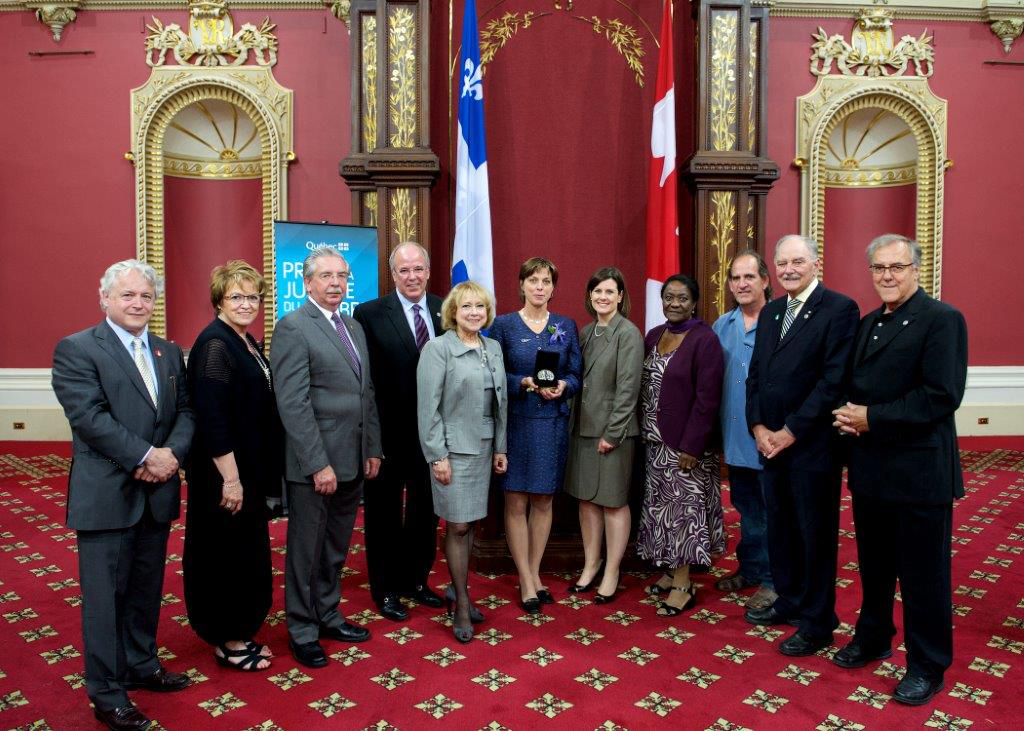