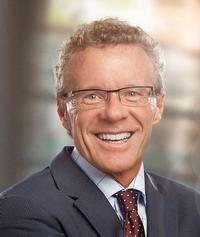 Lavery is proud to announce that Mr. Jean Boulet, a Labour and Employment partner and manager of the Lavery Trois-Rivières office, received the Solange-Dupuis-Lamothe Award during Centraide Mauricie’s Annual General Meeting on May 27, 2015.

Mr. Boulet is very active in the community. He is often called upon to manage business or philanthropic initiatives. Following his arrival at Centraide in 2009, he became chairman of the 2010 campaign and is presently president of the board of directors of Centraide Mauricie

The Solange Dupuis-Lamothe Award is given annually to an individual who made a difference through his volunteer work with Centraide, on various levels.