Appointment of Martin Tétreault, a partner at Lavery, as Court of Québec judge 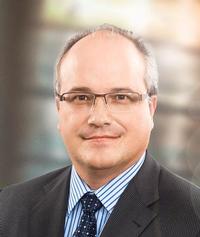 Lavery is proud to announce the appointment of Martin Tétreault to the Court of Québec, effective April 13, 2016. Mr. Tétreault will preside at the Civil Division and Youth Division in Granby.

With a bachelor of laws, a master’s in health law from Université de Sherbrooke, and a post-graduate certificate in law (D.E.A.) from Université de Montpellier, Mr. Tétreault was called to the Barreau du Québec in 1991 and practised law at various private firms before being hired by Lavery in 2014.

During his career, Mr. Tétreault has advised and represented a wide range of clients, practising in areas such as construction, civil liability, insurance, and the pharmaceutical industry. An author and a lecturer, he also taught pharmaceutical and construction law at Université Laval and Université de Sherbrooke while contributing to professional training and development at the firm.

This appointment is in line with a long tradition at Lavery, which has seen many of its partners appointed to the bench.