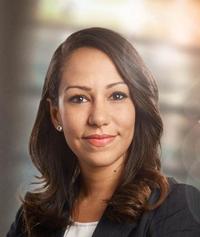 Lavery is pleased to announce that Zeïneb Mellouli, a lawyer specializing in Labour and Employment Law, was presented with a Lexpert Zenith Award by Lexpert Magazine at a gala in Toronto on June 20, 2016. This year’s edition celebrates lawyers whose actions have advanced diversity and inclusion in the legal profession and society at large.

Ms. Mellouli is actively involved in the legal community and in the Montréal community. In recent years, she has served on the board of directors of the Young Bar Association of Montreal and has worked with the Barreau du Québec as part of an initiative to create a working group to promote diversity and the inclusion of members of ethnocultural communities in major law firms. She also contributed to the Barreau du Québec’s forum for an inclusive profession and served on the Committee on ethnocultural diversity of the Bar of Montreal. Finally, she has worked to promote the Canadian Charter of Rights and Freedoms and the Quebec Charter of Human Rights and Freedoms, particularly through her collaboration with Lawyers Without Borders.

“We are delighted that Lexpert has awarded a Zenith Award to a member of our firm,” declared Don McCarty, Managing Partner at Lavery. “This award recognizes both Ms. Mellouli’s efforts and the firm’s corporate culture, which promotes diversity and inclusion.”

As a member of Lavery’s Labour and Employment Law group, Ms. Mellouli advises and represents public and private companies of all sizes in all aspects of labour relations. She is regularly called upon to appear before administrative tribunals and civil courts, including the Superior Court, the Court of Québec, and the Commission des normes, de l’équité, de la santé et de la sécurité du travail (CNESST).