Use of patents in artificial intelligence: What does the new CIPO report say?

Artificial intelligence is one of the areas of technology where there is currently the most research and development in Canada. To preserve Canada's advantageous position in this area, it is important to consider all forms of intellectual property protection that may apply. Although copyright has historically been the preferred form of intellectual property in computer science, patents are nevertheless very useful in the field of artificial intelligence. The monopoly they grant can be an important incentive to foster innovation.

This is why the Canadian Intellectual Property Office (CIPO) felt the need to report on the state of artificial intelligence and patents in Canada. In its report titled Processing Artificial Intelligence: Highlighting the Canadian Patent Landscape published in October 2020, CIPO presents statistics that clearly demonstrate the upward trend in patent activity by Canadian researchers in the area of artificial intelligence. However, this increase remains much less marked than those observed in the United States and China, the champions in the field. Nevertheless, Canada ranked sixth in the world in the number of patented inventions attributed to Canadian researchers and institutions. 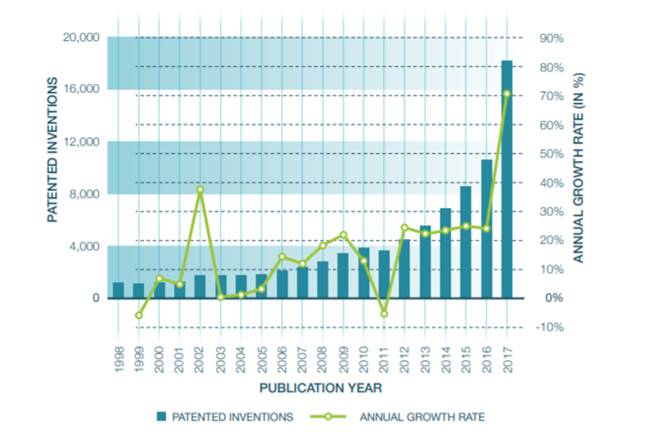 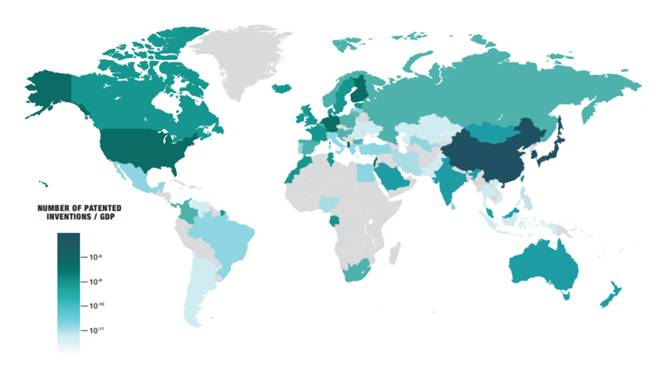 Canadian researchers are particularly specialized in natural language processing, which is not surprising for a bilingual country. But their strengths also lie in knowledge representation and reasoning, and in computer vision and robotics.

We can also see that, generally speaking, the most active areas of application for artificial intelligence in Canada are in life sciences and medicine and computer networks, followed by energy management, in particular. This seems to be a natural fit for Canada, a country with well-developed healthcare systems and telecommunications and energy infrastructure that reflects its vast territory.

Regardless of which of these fields you work in, it may be important to consult a patent agent early in the invention process, particularly to ensure optimal protection of your inventions and to maximize the benefits for Canadian institutions and businesses. Please do not hesitate to contact a member of our team!