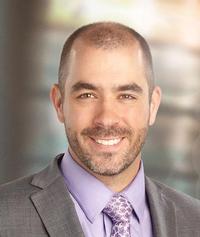 Lavery is pleased to announce that François Bélanger and Zeïneb Mellouli have been named partners of the firm.

François Bélanger works with the Litigation and Conflict Resolution group. He appears before the courts in commercial, real estate and construction matters. Due to his expertise in these converging fields of law, Me Bélanger acts as advisor to a large variety of small and medium sized companies in order to ensure their legal affairs are effectively managed.

Zeïneb Mellouli’s practice is focused on labour and employment law, the application of the Canadian and Quebec Charters and pay equity. She advises and represents small, medium and large private and public companies and regularly appears before both the administrative and civil courts. Me Mellouli has been actively involved in the legal community since the start of her career. She received the L’Expert Zenith Award in June 2016and was appointed to a labour standards, equity and health and safety advisory board in 2017.

“The expertise and competence demonstrated over the years by François and Zeïneb in their respective practices has not only helped the firm develop, but has consolidated their position as major assets in its strategic positioning. Their appointments as partners rightfully acknowledge the quality of their work,” commented Anik Trudel, Lavery’s Chief Executive Officer.