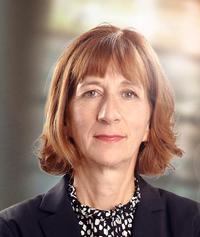 In a press release issued August 3, the Barreau du Québec published the list of those named Lawyer Emeritus (Ad. E.) in recognition of their outstanding contribution to the profession and exceptional career.

Lavery is proud to announce that Élisabeth Pinard, coordinating partner of the Family, Personal and Estates Law group and Pierre Marc Johnson, counsel and chief negotiator for the Government of Quebec have been awarded this distinction.

This recognition confirms Élisabeth’s expertise in family law and the reputation she enjoys in Quebec and internationally among a number of institutions, businesses and organizations. She was also recently inducted as a Fellow of the American College of Trial Lawyers.

“Her sharp legal mind, strong sense of justice, fairness and integrity, but above all, that dose of humanity that she injects into everything she undertakes bring honour to the profession”, commented Anik Trudel, Lavery’s Chief Executive Officer.

The title Advocatus Emeritus will be officially awarded at a ceremony to be held on November 21 in Montréal. Pierre Marc Johnson will be awarded the distinction Lawyer Emeritus, after having received the Barreau du Québec Medal earlier this year.

Click here to consult the list of recipients who have received the distinction since its inception in 2007.