On November 28, the Quebec Branch of the Canadian Bar Association presented the prestigious Paul-André-Crépeau Medal for 2017 to Pierre Marc Johnson, counsel and chief negotiator for the Government of Quebec regarding the Comprehensive Economic and Trade Agreement (CETA), at their holiday season cocktail party.

Acting as chief negotiator for Quebec, since 2009, in the negotiations of the proposed Comprehensive Economic and Trade Agreement (CETA) between Canada and the European Union, Mr. Johnson has been responsible for relations with and making representations to the responsible authorities of the federal government (of Canada) and the European Union on behalf of a dozen departments of the Quebec government. Moreover, he will continue making his submissions to the national European governments in order to ensure the full ratification of CETA.

Recently, in connection with the NAFTA negotiations, Mr. Johnson was appointed special counsel to the Quebec government for the trade agreements and a member of the NAFTA Advisory Council on the Environment by the Government of Canada.

"Just like the Barreau du Quebec Medal he received last spring, this distinction rightfully highlights Mr. Johnson's contribution and work in advancing the international dimension of Canadian private and commercial law. It is a privilege for us to be able to count on his expertise, his spirit of collegiality, and the positive influence he has on our younger lawyers", stated Anik Trudel, Chief Executive Officer. 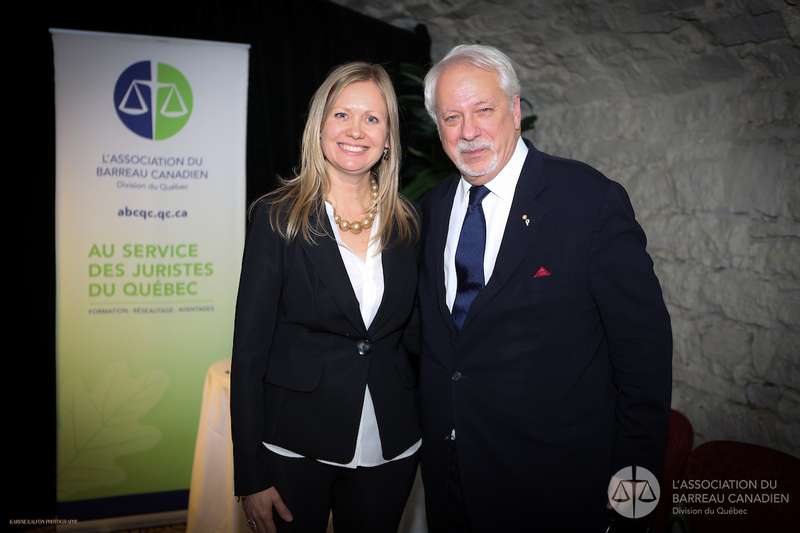 Marie-Christine Hivon,  chairwoman of the board of directors, CBA-Québec and Me Pierre Marc Johnson.