Lavery on the podium at the St-Lambert Triathlon

About 10 members of the firm took part to various sports during the 28th edition of the St-Lambert Triathlon, on July 11, 2015. This prestigious event, which gathered over 700 athletes, is organized by the St-Lambert Triathlon Club, which Nicolas Joubert, a Lavery partner, cofounded. Lavery has been a partner of this provincial competition for over a decade.

For another year, the firm has held its own. The remarkable performances of Lavery’s team needs to be highlighted, notably Zila Savary (swimming), Isabelle Richard (biking) and Judith Houle-Couture (running), silver medallists in the category “Triathlon Women Relay”, as well as Stéphanie Destrempes, Anne-Sophie Lamonde and Charles Ceelen-Brasseur, medallists in the 5K run in their respective categories. Congratulations to all our representatives! 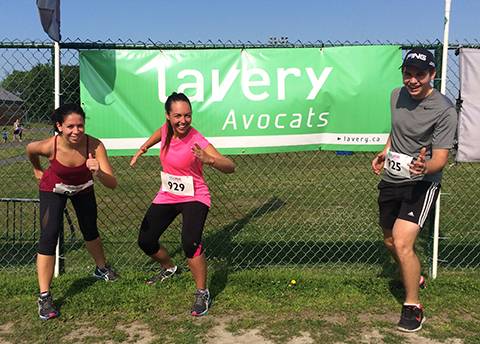