Sébastien Vézina is a partner in the firm’s Business Law group.

Sébastien’s expertise lies in his exemplary ability to negotiate complex commercial agreements, in accordance with the highest standards of the legal industry. Recognized by the clients for his strong interpersonal skills, keen business sense and availability, he always adapts his strategic and legal advice to the business reality of the companies and organizations he works with.

Sébastien’s desire to develop a comprehensive and diversified practice has led him to represent companies in a variety of industries.

Over the years, he has refined his practice and developed a particular interest in negotiating commercial agreements with companies in the mining and renewable energy sources, financial services and sports and entertainment industries.

Generally, Sébastien’s practice in these different industries includes public and private mergers and acquisitions, public and private financing, private sector investments and company buyouts, in particular cross-border transactions between Canada and the United States and international transactions, and the negotiation of various commercial agreements. He holds degrees in both civil law and common law.

Sébastien represents a number of corporations along with various private equity funds and institutional investment firms in Canada and the United States.

He acts as legal counsel and special advisor to corporate, institutional, private and governmental sector clients, representing them in their private and public business transactions, both nationally and internationally. His approach and legal skills are invaluable in the negotiation, structuring and implementation of acquisitions, divestitures, mergers, consortiums, corporate financing (including cross-border financing), refinancing, syndication, debt restructuring, corporate reorganization and arrangement plans.

Sébastien has extensive experience in managing large-scale projects that require a large workforce and an interdisciplinary approach involving various industries and multiple jurisdictions.

Sébastien practises in securities law with a focus on mining and natural resource corporations. He provides advice on business consortiums, hostile takeover bids and proxy contests, corporate, partnership and revenue-based financings, including metal production and royalty sales transactions, as well as on issues related to infrastructure, transportation, energy and social acceptability. He is involved at every stage of the mining cycle, from exploration and project development to extraction and mine closures.

He has acquired solid experience with local and foreign investors as part of the Plan Nord aimed at the economic development of northern Quebec. He advises boards of directors and special committees on securities law compliance, corporate governance and related-party transactions. In addition, he is the corporate secretary for a number of public companies.

Sébastien’s sports and entertainment law practice focuses on sports franchise investments and acquisitions, sports facility management, commercial transactions, team-related transactions, intellectual property protection and enforcement of the applicable laws in this matter, the staging and operation of live sports and other events, public and media affairs and other types of professional sports-related projects.

He provides business and regulatory advice to sports teams, players, agents, owners, senior managers, sponsors, agencies, event promoters, team members, athletes and emerging digital businesses of all kinds. Over the years, he has gained experience in the development and financing of sports properties and commercial sports projects, as well as in corporate transactions and mergers and acquisitions involving Canadian and American sports leagues and clubs.

In addition, Sébastien is particularly interested in sports talent. He negotiates and drafts contracts entered into with key sports managers and contracts for other sports personnel, as well as contracts promoting his clients’ talents (including on-air talent and, in particular, former athletes, sports journalists and sports managers). He also helps his clients gain visibility, promote themselves and participate in conferences.

Finally, Sébastien is able to provide advice to sports organisations and associations that are subject to investigations pertaining to behavior or resulting from whistleblower complaints. He is also able to conduct investigations and prepare independent investigation reports into all forms of alleged misconduct, and issue recommendations. 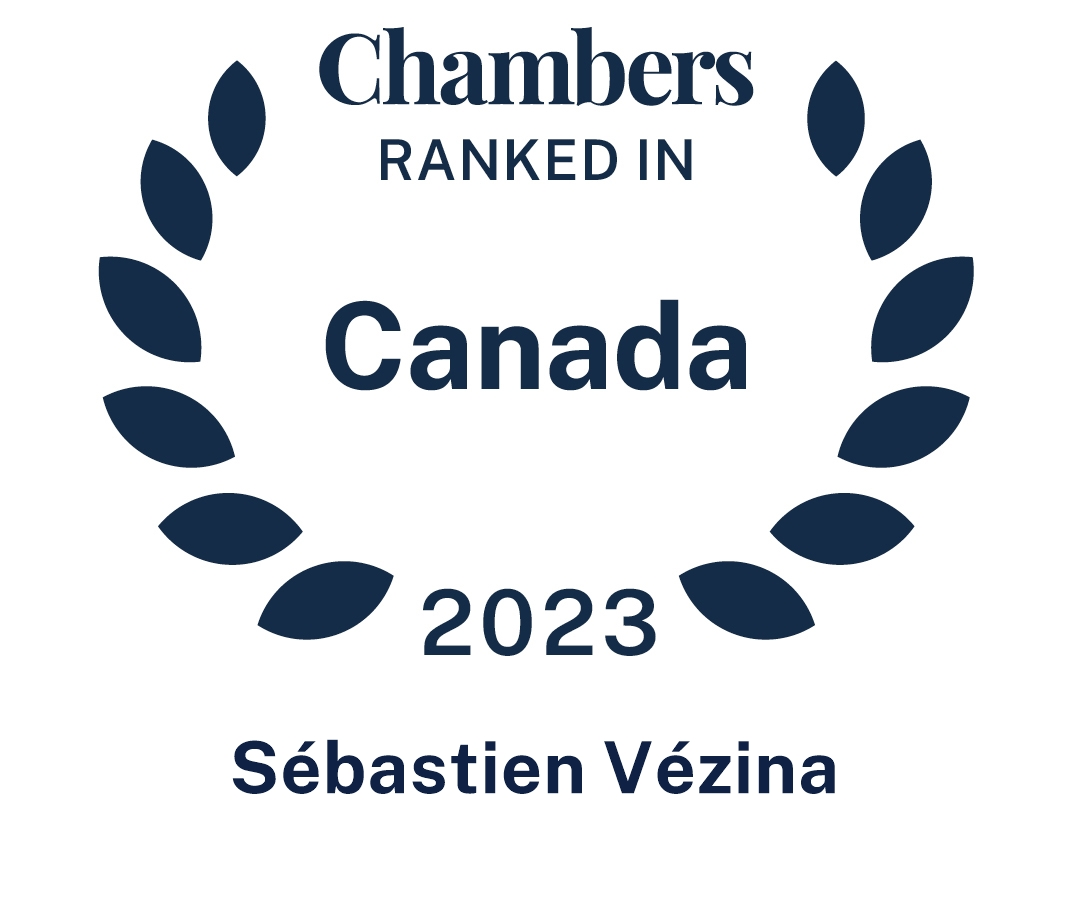